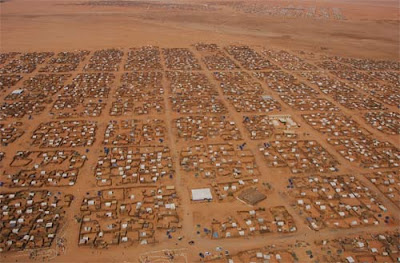 Above is an image of one of the largest refugee camps in Chad where tens of thousands of
struggle to survive. 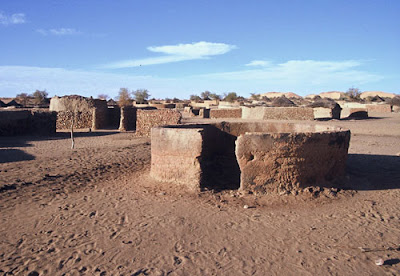 The recent conflicts in Darfur have resulted in thousands of deaths and displacement of millions of innocent civilians. The militants have been burning the villagers out of their homes leaving only hollowed out shells of the huts. If i can find a concept that can rejuvenate these former habitats then i feel the villagers labors wont have been in vain.
Posted by UnBoxed design at 03:47 No comments:

BEDU shelter in a barrel concept 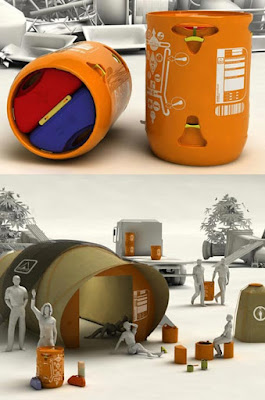 This concept caught my attention months ago and i feel that this is extremely relevant towards my new project brief. The BEDU barrel is basically an all in one emergency home. What really impresses me is the utilitarian aspects of the concept. The barrel is a simple form that is easy to use, instruction on how to operate the BEDU tent are printed on the exterior of the barrel.

Creating shelter for human beings is not a luxury but a primary need. For thousands of years humans have been building villages, towns and cities in some of the most inhospitable places on
earth. I have been looking at the benefits that Bushcraft can have on design and how we can construct future emergency survival concepts. The video above is taken from Ray Mears Bushcraft in which he creates a warm living space (snow cave) in the middle of the Arctic. The actual shape of the cave is what struck me as genius.
Posted by UnBoxed design at 03:17 No comments: 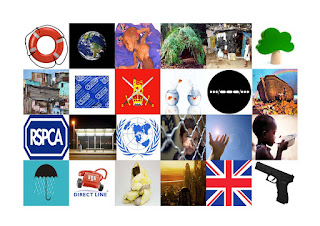 Above is a Montage sheet of images i feel represent and relate to the issue of being a refugee and seeking shelter an refuge.
Posted by UnBoxed design at 07:50 1 comment: 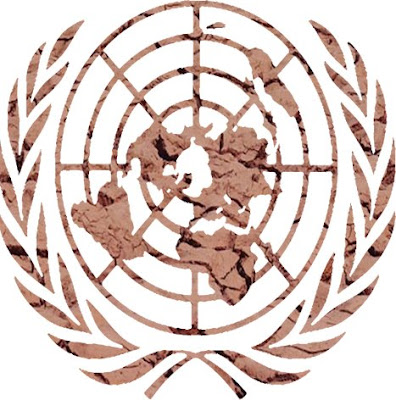 The world is running out of water and needs a radical plan to tackle shortages that threaten the ability of humanity to feed itself, according to Jeffrey Sachs, director of the UN's Millennium Project. Professor Sachs, who is credited with sparking pop star Bono's crusade for African development, told an environment conference in Delhi that the world simply had "no more rivers to take water from".
"In 2050 we will have 9 billion people and average income will be four times what it is today. India and China have been able to feed their populations because they use water in an unsustainable way. That is no longer possible," he said.

Above is an article taken from the Guardian. This prospect of zero drinking water is frightening. Issues such as global warming are drying up rivers and forcing people out of there towns into refugee camps in order to get drinkable water. New wells must be dug in order to gain a better access to clean drinking water.
Posted by UnBoxed design at 06:31 No comments:


Climatable from tomi knuutila on Vimeo.


Climatable is an interactive table with 4 unique hotspots for 4 different datasets. The data is related to climate change: co2 level, annual mean temperature change, sea ice extent and Glacier mass balance. This documentation is from the first time it was displayed in St. Etienne Biennale. Done in Quartz Composer, sound in Ableton Live. The electronics are done with Phidgets.
Posted by UnBoxed design at 06:06 No comments:

UnBoxed design
My name is Steve I am currently working as a Graphic Designer for Wood Group PSN. This blog is a collection of my work, thoughts and my inspirations. Pleases feel free to contact me any time. All Work Copyright Steven Paxton 2008